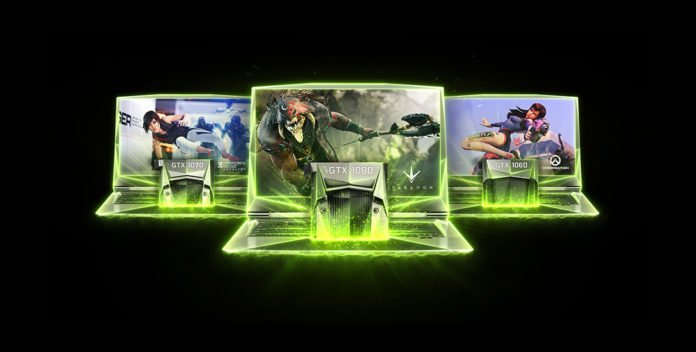 Just because you game on a laptop doesn’t mean you have to sacrifice gaming performance. It’s been a banner year at nVidia with the release of the Titan X, GTX 1080, GTX 1070 and GTX 1060 tower PC video cards and today nVidia launched their GeForce GTX 10 series gaming GPUs for laptops! Makes traveling to LAN parties much easier to deal with and gives you the same great performance as your tower card.

Typically laptop video cards were a bit slower and less powerful than their big brothers that found their homes inside Gaming Tower PCs. nVidia’s TitanX and  GeForce GTX 1080 have set the bar for high end video processing and VR graphics rendering in desktop PCs is now available for gaming laptops with the release of the GeForce GTX 10 Series cards for gaming laptops. 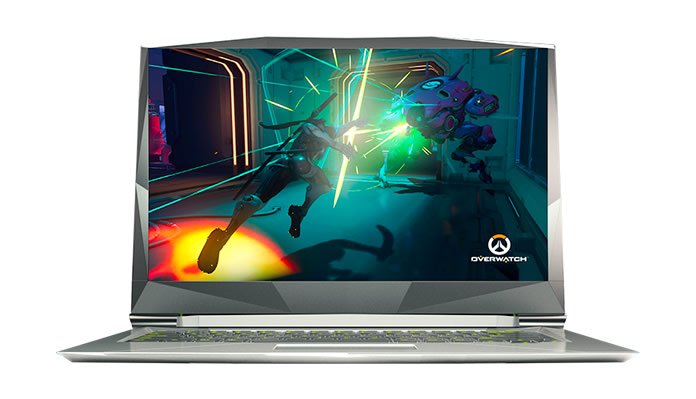 The new Series 10 cards boast up to 3x faster performance that the previous Maxwell-powered laptops and sets the standard for VR Ready GPUs for Laptops. Jam your latest cutting edge games and experience accelerated performance and image quality with VRWorks Technology on the HTC VIVE Virtual Reality headgear.

The new cards utilize nVidia Pascal architecture which translates into cutting edge powerful graphics and game-changing energy efficiency for laptops. Decrease the FPS from 120 down to 60 FPS when you’re traveling to extend battery life. BatteryBoost preset configurations makes it easy to select the right level of performance vs battery life. 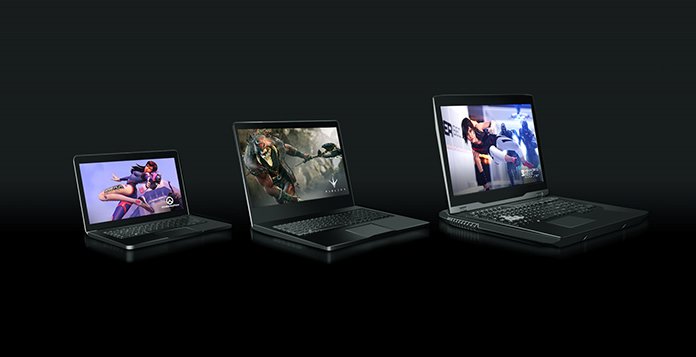 G-Sync enabled the GeForce GTX powered notebooks can also take advantage of eliminating screen tearing while minimizing any display stutter and input lag and supports DirectX12 to support all your latest games.

GeForce GTX 10-Series laptops have been built with more attention and craftsmanship than ever before. For example, a number of enhancements have been made to the overall engineering of many models, including the addition of Dual-FET power supplies, Multi Phased Power Controllers, and more. This attention to detail enables GTX 10-Series gaming laptops to achieve higher peak currents more efficiently, with less power noise, further improving performance and giving many models great overclocking potential.

The Pascal-powered laptops can even ship with factory overclocking to save you some tinker time straight out of the box. This means you can even take advantage of the G-Sync enabled displays at resolutions of 1920×1080, 2560×1440, and 3840×2160 G-SYNC displays, operating at up to 120Hz. Check out some of the enhancements made to ol’ faithful Doom engine for a 4k gaming experience.