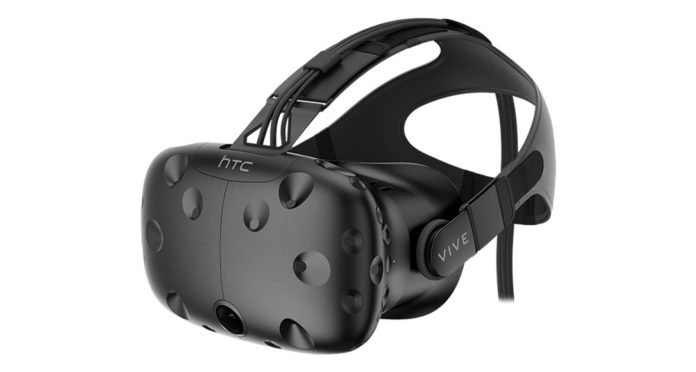 The HTC 10 flagship smartphone has just been released to the public, but the real story here is the HTC VIVE VR. VR is great but what is VR without good content. HTC and SteamVR have partnered to bring you cutting edge content for the latest and greatest in VR headgear the HTC VIVE. You’ll find all the great stuff you love about Steam gaming within SteamVR powered HTC Vive.

The VIVE features 360 motion tracking along with a chaperone guidance system to show you around your new world. Remember the holodeck on Star Trek? The ViveVR system lets you know when your about to walk into your wall by displaying a grid that fades into view when you get close to your physical wall.

A total of 32 headset sensors are positioned for fluent 360 degree motion tracking, along with a front facing camera that can blend real-world elements into your virtual world. In your Virtual Reality world you have a 110 degree field of view (same as an Owls field-of-view) for an immersive VR experience that feels very real. The Vive displays your VR environment in 2k resolution 2160 x 1200 combed resolution with a 90 Hz refresh rate help deliver smooth natural action and vibrant graphics.

In addition to the 32 sensors inside the Vive’s headgear there’s 24 sensors in each controller. To enhance the experience even further each controller features dual-stage triggers with HD haptic feedback that add to your sensory experience.

The VIVE defines and displays it’s environment between the two Base Stations that you hang in opposing corners of the room where you’d like for your VR world to reside. The VIVE’s Base Stations can be spread apart up to 13 feet and doesn’t necessarily need to be in a square room either. 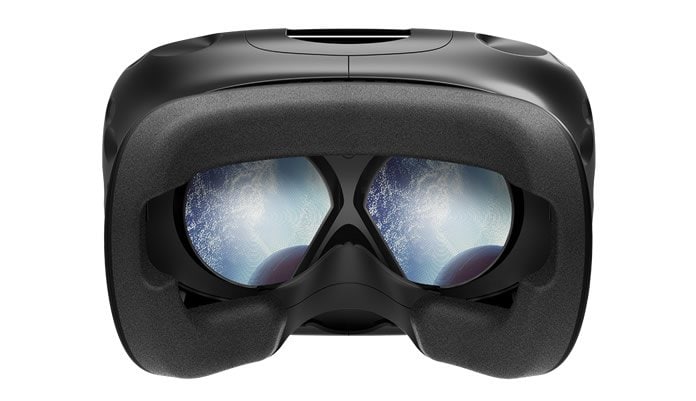 What’s in the Vive Box and Recommended PC Specs

Inside HTC’s Vive VR package we find everything you’ll need to dive into your VR world except the PC to drive it; the headset, two wireless controllers, and two base stations enabling 360° room-scale motion-tracking when you order your Vive. Plus, you’ll get Tilt Brush, Fantastic Contraption and Job Simulator free.

See if your PC cuts the mustard:

The Vive’s headgear is fairly large and makes you feel a bit like the predator with the power and data cables cascading off the back of your head so careful not to trip over them as you move about your Virtual World. The Vive comes with High Definition earbuds but you can swap them out for your own over-the-ear studio headphones totally immersive sound.

Unfortunately we are unable to show you pictures but rest assured even if we could, they would pale in comparison to the experience. The HTC Vive is incredibly immersive and I can picture myself being lost in the VR world for hours. Experience a fun shoot em up while dodging incoming lasers or paint yourself a 3D abstract or portrait you can walk through that even casts shadows or explore shipwrecks deep at the bottom of the ocean are a few games that we were able to try out for ourselves. 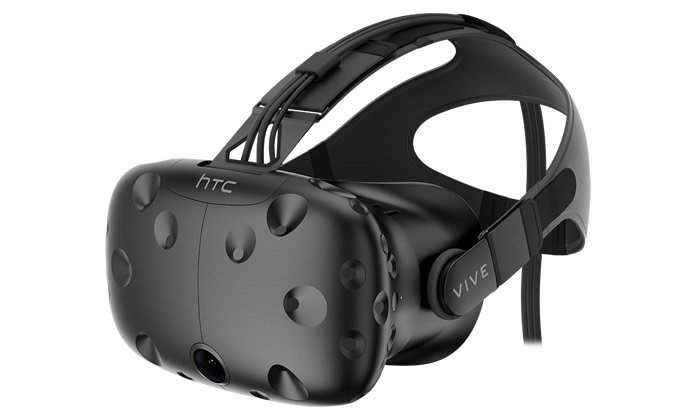 For a person like myself that gets Vertigo fairly easily, the potential for VR scenarios to help overcome phobias, such as heights, bugs, reptiles, claustrophobia or to practice sports and muscle memory, improve your aim is huge… The value of the VIVE VR beyond gaming is easily realized and can offer real life changing therapeutic results. The SteamVR powered Vive is Truly the most immersive Virtual Reality experience to date and HTC has set the bar for VR.