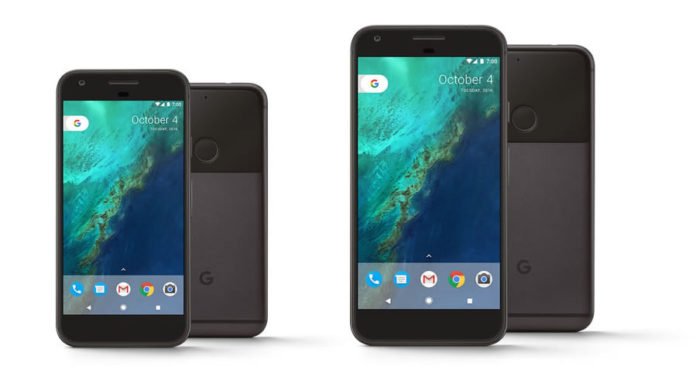 At the Google pixel event back in early October unveiled an entire line of gear which included Google’s new Flagship 5 inch Pixel and 5.5 inch Pixel XL. The pair of new flagships boast smooth performance and of course great camera performance. It’s named the Pixel after all.

Google seems to have taken a safe stance on design, mirroring virtually what Apple, HTC and other phones have already done. A smooth seamless design with rounded edges, integrated but visible cellular band across the top and bottom provide an adequate but fairly boring and uninspired. Looks a lot like the HTC 10, which makes sense since Google has partnered with HTC to design the Pixel/Pixel XL. That said, it is fairly nice to hold, smooth and comfortable with it’s seamless Anodized aluminum and glass body. It’s still a nice device.

What I do like are the traditional power and volume rocker buttons along the right side but moreover that they are lowered for more practical use. Other devices have pushed these buttons to the upper corner making it almost impossible to reach, especially on a 5.5 inch device. Additionally, Google has integrated a fingerprint sensor on the back of the phone, like the LG v20. The centered fingerprint sensor makes it easy to operate when you’re about to make or receive a phone call.

What you get along with all that performance is Google’s onboard integration with Google Assistant, similar to Apple’s Siri and Microsoft’s Cortana. Additionally since Google has the resources to do so, you get unlimited cloud storage for offloading and/or synchronizing all your pictures and videos that you capture on the Pixel smartphone. This apparently offered to lessen the blow to the lack of a microSD card port to expand your 32GB of onboard memory.

In addition to the lack of a microSD card port, the Pixel/Pixel XL are unfortunately not water-resistant and have no MIL-STD Spec rating for drop protection.

Google Duo, like Skype or Apple’s Facetime allows you to make and receive video calls across Android and iPhone users.

Included are the common sensor’s like the Accelerometer/Gyrometer, Magnetometer, Proximity/ALS and some more interesting sensors like a Barometer sensor, Hall effect, Android Sensor Hub and Advanced x-axis haptics sensor.

The Pixel features a 5 inch FHD AMOLED display with 441 PPI and a 2,770 mAh battery. The Pixel XL comes equipped with a QHD AMOLED at 534 PPI to increase resolution for the additional real estate along with a up in battery size to accommodate the increased power draw with a 3,450 mAh battery. Google documents up to 19 days and 23 days of LTE standby respectively for the devices.

A USB Type-C has been adopted for reversible plugging convenience and faster throughput with the USB 3.0 protocol. In the box Google provides you with a USB Type-C 18W adapter with USB-PD, A-C cable, C-C cable, SIM card tool.

Google has also included an innovative QuickSwitch Adapter, which is essentially a crossover style cable like for your PC so you can directly connect your old Android 5.0+ and iOS 8+ phone and your new Google Pixel/Pixel XL to transfer your life over.

Google’s latest additions to the flagship smartphone market though uninspiring in design are pretty cool under the hood. Some of the most redeeming qualities lie within Google’s unlimited connected storage, digital assistant, video phone call ability and camera performance. If you or someone you know is in the market for a phone, the Google Pixel and Pixel XL are certainly contenders and will make a nice Holiday Gift this season.