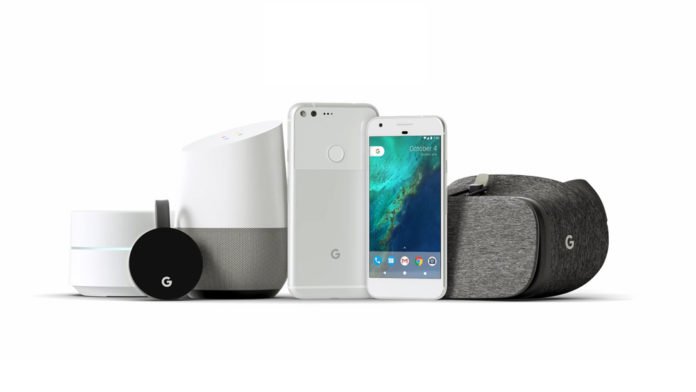 First up on the radar was Google’s new Pixel smartphones. The new Google Pixel and Pixel XL HTC manufactured phones feature that HTC/iPhone-esq look and feel with clean lines, familiar cellular bands across the back and aluminum uni-body design that arguably similar as any of the leading flagship smartphones on the market today.

The new Pixel is engineered with a seamless and bezel-less aluminum uni-body and glass design. It’s not visually super innovative and different but the design is clean and familiar. Google seems to have adopted LG’s center back finger print scanner with a separate power button resides on the right side.

Hardware aside, what Google’s Pixel devices boast is a smooth efficient integration of hardware to software which as we’ve seen with both the iPhone and HTC 10, implementation is where it all gels together for a great user experience. We’ll have to wait and see how they perform once launched into the wild. The Pixel and Pixel XL feature a 5″ and 5.5″ AMOLED screen and boasts “the highest rated smartphone camera. Ever.”