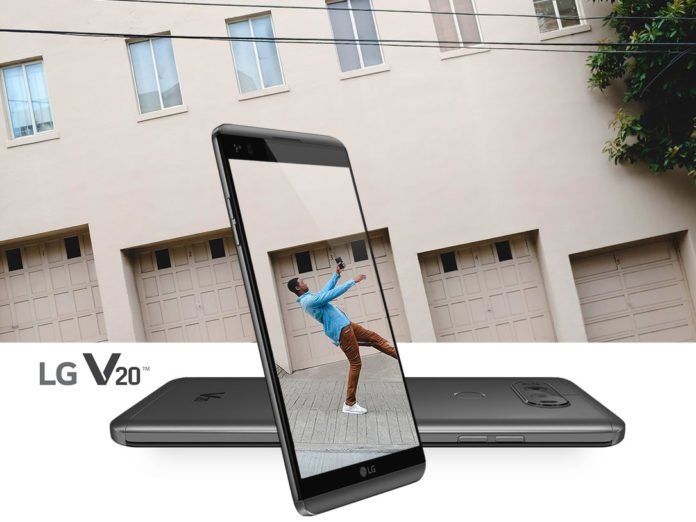 Taking over the Flagship spot for LG this year is the V10’s successor the LG V20 phablet. The LG V20 sticks with the 5.7 inch IPS LCD 2560 x 1440 pixel IPS LCD display. It’s geared to be a multimedia monster and will feature MIL-STD 810G drop protection but not the IP68 dust, water, shock, temperature resistance.

The V20 still features the LG flagship defining feature with the ticker or secondary display for notifications, quick launch, date/time that is always on by default and works independently of the main screen. The main screen measures 5.7 inch 2560 x1440 at 501ppi. The notification display measures 2.1 inches with a resolution of 160 x 1040.

The overall aesthetics have been revised a bit from the V10 and polished up for civilian life. Though the V20 still carries the MIL-STD 810G drop certification its much different than the bullish, no apologies brutish design of the V10. The new flagship LG brings a much more refined look and feel with it’s rounded corners and soft curving bevels.

We happily find the volume rocker back along the left side of the phone, hurray!

But the power/fingerprint scanner still reside on the back top center just under the dual rear cameras. The design is overall more refined or boring you take your pick depending on what you like. It sort of reminds me of a cross between tablet and a filing cabinet but that office feel. Not that I find that bad.

LG’s V20 comes equipped with a Kryo 64-bit Quad Core 2150 MHz CPU aka Qualcomm’s Snapdragon 820 CPU that also powers the Galaxy S7, Galaxy Note 7, HTC 10 and the LG G5’s innovative modular design. Up in speed from 1800MHz of the Hexa core in the V10 and down in cores to a quad. Slightly disappointing on the totem pole of expectations but as we saw with the HTC 10 the Snapdragon quad core 820 CPU performs very well implemented properly.

The 14nm Snapdragon 820 Kryo also brings along some added benefits of the X12 LTE modem which allows for Cat.12 LTE speed support. Additionally the Adreno 530 GPU will support OpenGL 3.1 the common denominator for Android games and the new Vulkan API for a bit of future proofing.

Beyond the CPU and GPU the LG V20 will come equipped with 4GB of RAM, 32GB/64GB of onboard storage memory. Unfortunately the V20 isn’t seeing much of an increase in battery life with a (just an added 200mAh) removable 3200mAh battery. A larger 4000mAh battery would have been much appreciated as battery life on the V10 can be a little less than convenient at times.

A welcome USB-Type C speeds up your data and makes charging just that much easier with no wrong way to plug it in. The V20 will be offered in 32GB/64GB storage capacities and will ship with Android 7.0 Nougat.

The dual rear firing camera setup is features a 16MP standard f/1.8 and an 8MP wide angle sensor f/2.4 with 135 degrees of capture view. Additionally front side is an f/2.2 5MP Duo camera for selfies and conferencing. The V20 is equipped with HiFi Quad DAC audio for cleaning up playback and features HD 24-bit audio recording with 3 microphones. 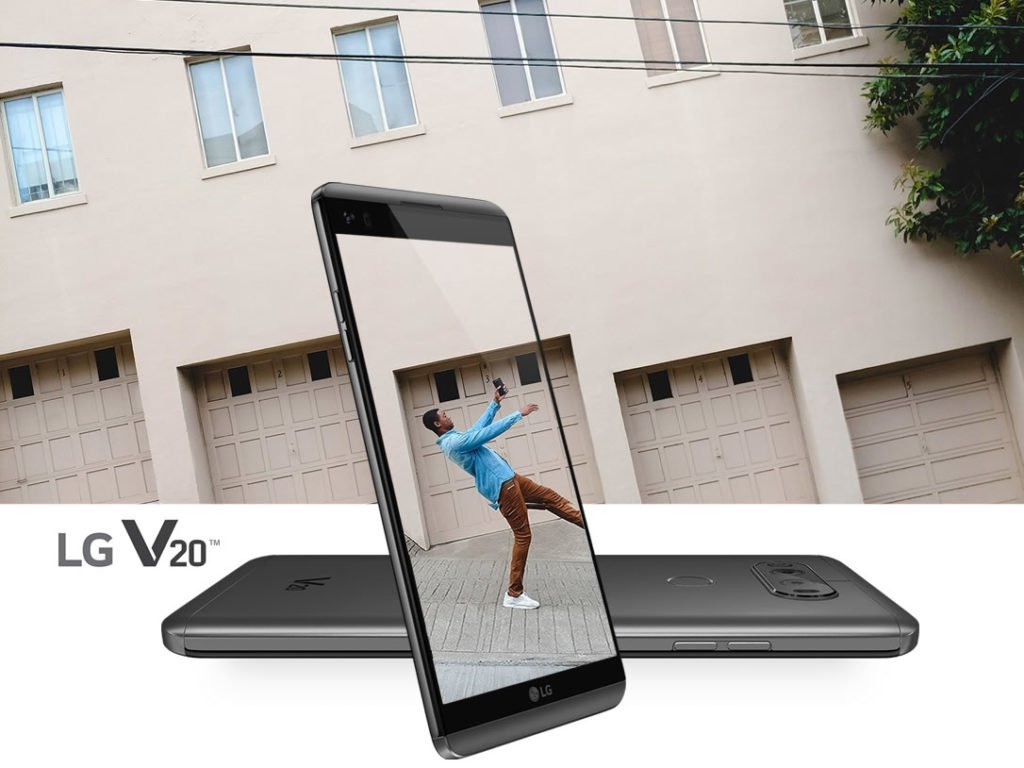 The LG V20 brings with it a refined more civilized design a bit different from the likes of the V10’s pronounced stainless steel rails. It features some great hardware as you might expect from the flagship LG that comes with Dual rear cameras with a wide angle 135 degree 8MP sensor and 16MP standard sensor, HD recording and HiFi Quad DAC audio with Android Nougat should make for a fun phone to use.

The V20 is set to be available by the End of September.
www.lg.com