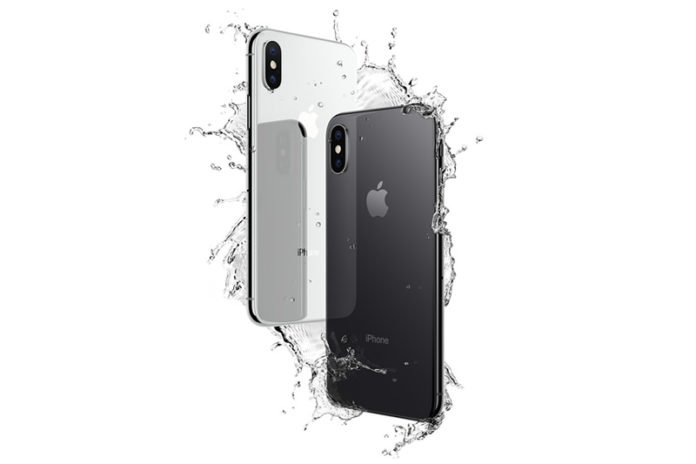 Currently the iPhone SE, iPhone 6s, iPhone 7, iPhone 8, iPhone 8 Plus and iPhone X will be running around in the wild.

Apple has always been an advertising company first, they really know how to make their fans feel like they are buying something special. With the introduction of the iPhone X the company again elevates the product, if only temporarily in the great race to stay on top of the smartphone game.

The X will also have wireless charging ability so Apple users will finally be able to cut the cord. The X will support Qi wireless as well as Fast Charge. It won’t be as fast as their Android counterparts but it’s a welcome sight for iPhone fans that have been waiting for what Android users have had for a few years already.

Finally the iPhone X is now water/dust resistant and comes stamped with an IP67 rating and not an IP68 due to the lack of drop shock resistance. Still, for iPhone users the water resistance alone is enough to make you jump up and down for joy. No more pink tabs to worry about.

The iPhone X will come with a new 12MP camera with Wide Angle f/1.8 aperture and Telephoto f/2.4 aperture. It’s able to capture 4k video at 24/30/or even 60 fps. 10x Digital Zoom and a Quad-LED True Tone flash aim to improve your photos and video.

The iPhone X includes a 7MP Portrait mode TrueDepth Camera f/2.2 aperture that allows you to take front firing 1080p HD video recording and the biggy; you can animate emoji’s with your own video movements, called an Animoji.

Now in addition to chatting over Facetime you can send each other Animojis instead of trying to figure out what the emoji your looking at means, now you can animate it quickly and easily. Will this be the beginning of animated avatars and virtual communities where you can interact with one another? The idea was introduced so long ago we can’t even recall anymore but it seems that this could be the start.

At the heart of the iPhone X is the new 64-bit A11 Bionic Chip. The new chip is engineered with a Neural engine and an embedded M11 motion coprocessor.

iPhone X vs iPhone 8/8Plus

The iPhone X removes the home button and commits to the 3d facial recognition camera/software to unlock it. The iPhone 8/8Plus go with the traditional combo home button/fingerprint scanner setup.

Camera wise the iPhone 8 Plus uses the same 12MP wide angle f/1.8, Telephoto f/2.8 aperture 10x optical zoom that the iPhone X comes with. The iPhone 8 uses a 12MP f/1.8 aperture but lacks the Telephoto camera with 5x digital zoom. In place of the TrueDepth camera the X has, the 8/8Plus will use a 7MP FaceTime HD Camera.

The 8/8Plus will also be IP67 water and dust resistant and the same new A11 Bionic 64bit chip, with neural engine and embedded M11 motion coprocessor. Yes they all feature wireless charging, hurray!

If wearables are your thing, the Apple Watch Series 3 has also been released and is available for pre-order Sept 15 on sale Sept 22. The Series 3 watch features LTE connectivity without the need for an iPhone. You can make calls, send texts, stream music, get notifications and even interact with Siri on the go. Equipped with a GPS and Altimer the Series three isn’t just a watch, it’s your sports watch, workout assistant and health monitoring device. and Yep it’s waterproof too!

Apple’s 4th Generation Apple TV comes in two capacities a 32GB and a 64GB version. They only differ in price by $20 so we’re not completely sure what the point was, why wouldn’t you pick up the 64GB?

Apple has unleashed their latest and greatest flagship smartphone with the iPhone X bringing wireless charging, all glass bevel-less design to the table. All three new iPhone devices are available for pre-order 10.27 / purchase 11.3.