Today Samsung announced the launch of the Galaxy Note 7. You’ve probably seen the countless articles buzzing around the web about the leaked information, we’ll now it’s official and is the official partner of the Olympic Games in Rio. 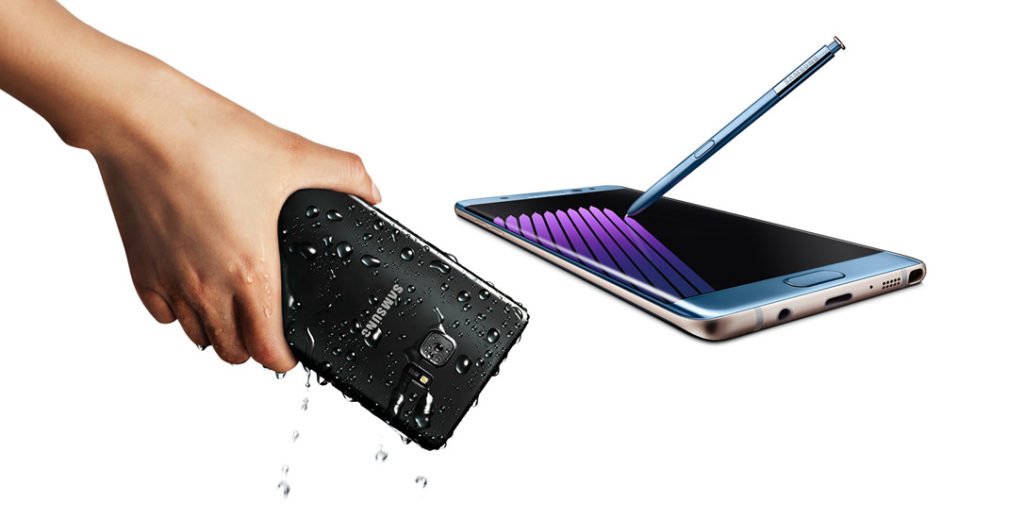 The new Galaxy Note 7 as it has been named to coincide with the rest of the flagship fleet features the streamlined designs and rounded edges and corners we’ve seen on the Galaxy S7. In keeping with history of the Galaxy Note, the Note 7 keeps this productivity-centric.

“the most intelligent smartphone we have ever created”

The Iris scanner is not only used for security to unlock your phone but also opens the door for a more immersive VR, gaming, payment and mobile banking experience.

The latest greatest Note comes with a curved edge Gorilla Glass 5 screen and ergonomically curved back with a 31% more powerful CPU and a 58% more capable GPU. The US variant comes with a Quad-core Snapdragon 820 CPU, while the international version will include an Octa-core Exynos CPU.

Memory has been bumped up to 6 GB of RAM with 64 GB of storage and the long awaited USB reversible Type C connector. The Note sports a 5.7 inch QHD Super AMOLED display 2560×1440 and a Dual edge always-on screen for notifications etc.  The battery capacity has also been upgraded to include a 3,500mAh non-removable battery to help power it all.

Powered by the new Vulcan API, which games like unreal already support. The new Note 7 will support gaming console quality gaming on your smartphone. The Iris scanner also extends functionality to the Gear VR headset.

Among the features the Note 7 is engineered to be IP68 Water & Dust Resistant right down to the headphone port and SPen. The SPen has been redesigned to be water and dust resistant as well as more accurate with a thinner tip that is super sensitive to your movements and strokes making it even more natural to draw or take memos.