Nintendo Switch Game System Review: Should you pick one up? 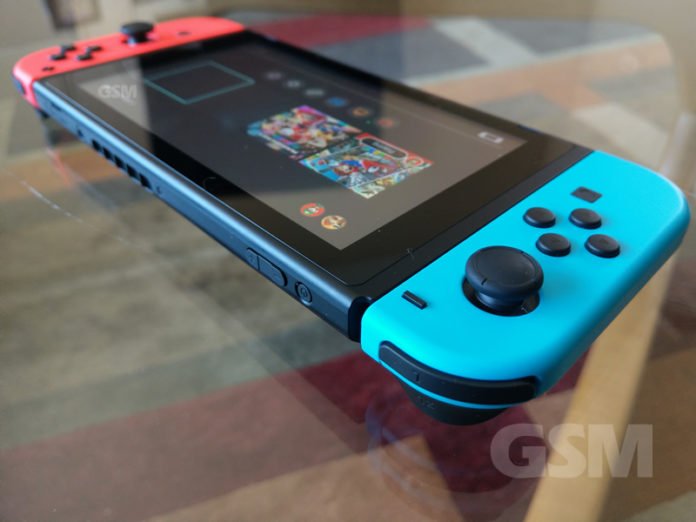 If you’re a fan you are probably already all over the Nintendo Switch, but is it worth it for the rest of us? Nintendo has always been about family-friendly gaming and in that arena they’re second to none. They’re also not afraid of redesigning their console and going out on a limb with systems like N64, Wii U & Wii. The latest redesign comes centered around versatility and portability which makes it unique in a few respects which we’ll get into more as the story continues.

The versatility of the game console is its most attractive and compelling feature. Its 6.2″ multi-touch screen is much more robust than any 2DS/3DS portable gamer device and it’s much smaller than a full game console like the PS4 and Xbox and it comes with its own screen that displays at 720HD resolution.

True it doesn’t have 4k or even 2k video output but the IPS panel touch-screen does look great, rich color and crispness are there along with 60 FPS in TV Mode (when docked to play on your HDTV) for a very smooth and beautiful gaming experience. 720HD seems plenty fine for the 6.2″ screen when playing in Handheld or Tabletop modes.

The Switch allows you to create up to 8 user profiles currently. You can also purchase physical cartridge style memory card games that you can pop into the spring loaded slot for instant game-on action which is a welcome convenience. No wait times and pop a card in and your in the game.

You can also visit the Nintendo eShop to download titles electronically to be downloaded to your device or microSD card directly on the Switch console.

What comes in the box

The Nintendo Switch comes with the Nintendo Switch Console, Dock, two Joy-Con controllers, Joy-Con controller straps, Joy-Con Grip (N64 style adapter), Wall Adapter with USB Type C plug and a 6ft HDMI cable. The beauty is that you have all the hardware you need to play solo or with a friend. If your intention is to network multiple Switch Consoles in TV mode you’ll need to purchase the “wired LAN adapter”.

Our test unit comes with the Red and Blue Joy-Con controllers. The color difference provides visual cues to help you quickly tell left from right or primary or secondary set of controllers.

You can also purchase additional controllers in Red, Blue, Fuscia/Lime Green, Yellow or just plain ol grey. The only thing it doesn’t come with is a game which will run you basically $60 a pop for newer popular titles. Bundled pkgs with games are available but the cost isn’t any less than if you bought them separately. We’ve started off with Mario Kart 8 and Mario Odyssey, characters that the kids are familiar with, more on that in a minute. Lets take a closer look.

Sensors include an accelerometer, gyroscope, and brightness sensor on the screen portion of the Switch. The Joy-Con controllers which include HD Rumble for vibration feedback, also comes with an accelerometer and gyroscope while the right controller also has a Motion IR Camera built-in.

An onboard 4310mAh Lithium-ion battery provides anywhere from 2.5 to 6.5 hrs of gameplay depending on what you are playing. Nintendo gives an example of Legend of Zelda lasting about 3 hours of constant play. With so many external battery packs out there, you can easily charge on-the-fly with a USB Type-C cable. When using the Joy-Con controllers detached and connected via Bluetooth 3.0/NFC you’ll see about 20 hours of play time. Recharge time for the entire Nintendo Switch Console and Controllers is approx 3.5 hours.

The Switch comes with its own dock which you can use to store and charge the system. Available ports on the Dock itself include 3x USB Type-A 2.0 ports, System connector port, AC adapter port (wall plug to USB Type-C) and HDMI port. The Dock makes it incredibly convenient to get the game on your HDTV. Just plug in the HDMI cable to one of the available HDMI ports on your TV and when you place the Switch in the Dock, it will automatically turn your TV on and select the correct source and conveniently show up on your Television.

The tablet sized game console is a winner. It’s small enough to accommodate young small hands as well as adults but the screen is large enough to give you a great portable gaming experience as well.

Using the controllers detached with one in each hand isn’t that hard to get used to but they may be slightly small for some adult hands when used in two-player mode. The Joy-Con straps can be attached to each controller to make it a little more ergonomic for your hands since the controllers only measure about 4.02″ H x 1.41″ L x 1.12″D. The strap attachments are pass-through cases so to speak, you don’t really need them for the individual controls to be functional.

On the rear of the screen portion of the console is a built-in kick stand so you don’t have to carry a stand with you everywhere you choose to bring your Switch. The Kick stand can be lifted out with your fingernail and snaps back in. The kick stand doesn’t feel all that sturdy to be honest, it’s there, it works but seems like it can easily end up “oops I broke it” so be gentle with that part. The console itself seems relatively solid and doesn’t seem affected by and loosey parts or seams when knocked around a little in your backpack. You can always pick up an aftermarket case for it if you plan on traveling with it often.

The Joy-Con controller sticks are easy to use and the learning curve isn’t huge. The stick itself is pretty small and we have a tendency to push down for example to end up with a push left or right result, you’ll need to direct the stick exactly downward. Luckily there always seems to be an alternate way to navigate or select your way through any particular selection screen with the buttons.

You can detach the Joy-Con controllers by pushing a little button on the back to release and slide them out for two player action. The Switch also has the ability to add two more controllers so you can play up to 4-player on any one Switch game system, provided the game supports it and you are docked so the display output is on your TV.

Additionally you can locally network via Bluetooth up to 8 Switch systems officially all with up to 2-players each on them. We are seeing reports around the web that point to 10 Switch units networked with Splatoon 2. We don’t have 8 or even 10 Switch systems to try so we cannot confirm or deny it.

Generations ago gaming was once something solely for kids, is now generally accepted and common for many parents too. What is most attractive for us is the Nintendo Switch is that its centered around family gaming and the titles are fun to play; Mario Kart 8 Deluxe is the latest version of the popular racing game that we loved for years on older Nintendo consoles. It captures all of the charm and fun gameplay of the original but better. The action is smooth and it’s just plain fun for our 5 year olds as well as older kids and adults.

Mario Odyssey transports Mario into an immersive 3D world that you can explore and interact with. Each world filled with coins, specials and familiar enemies like the little Gumba guys. It never gets old and that’s the beauty of games like Mario Kart, Mario Odyessy, Zelda and other classic games.

Newer titles and gameplay for teens and adults are ramping up in availability so there are plenty of game titles to choose from like Doom, Minecraft, Splatoon 2 and more on the horizon.

Not everyone is a huge Facebook user but we know many of you are glued to it night and day. The Switch does include native surfing support for Facebook users. There is however no available web browser to freely surf the internet. The existing browser is mainly there for a single purpose; to be able to complete the authentication step when logging into a public WiFi spot. There’s also no Netflix access at this time as stated by Netflix. The whole angle of the tech world is put it out now, fix it / enhance it later through firmware so don’t give up hope just yet. 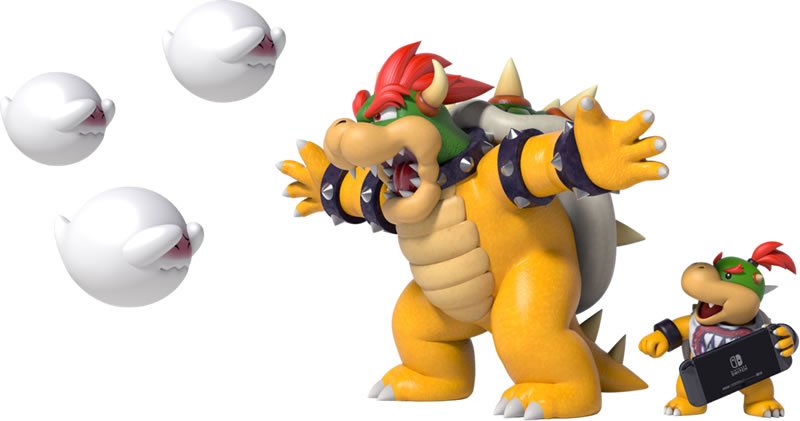 Trying to keep your kids away from video games is like climbing up a greasy pole, no matter how hard you try your children will be exposed to it. So rather than swim upriver, embrace the technology and exposure with guidance, discussion and rules. Video games can help with hand-eye coordination, make them more accustomed to interacting with technology and gear their minds for the future.

The Switch features integrated parental controls that you can use via Nintendo’s free mobile app for both iOS and Android devices. Parents can set limitations based on their own parenting rules and define how long, what games, set alarms, suspend software and even set limitations or restrict all together the sharing of screenshots to social media.

The Switch Console features the fun family friendly gaming that Nintendo is known for and combines it with an innovative new gaming platform. The Switch offers great flexibility and portability to take it with you on the road, dock it to play on your TV, locally network it to another Switch console for plug and play multiplayer without the need for any additional hardware or wires.

The 6.2″ IPS screen is robust with nice color saturation making portable gameplay much more immersive than playing on a 2DS/3DS. The Nintendo Switch takes the elements of the NES, 2DS/3DS, N64, Wii, Wii U and rolls it all up into one innovative and versatile gaming system. The design is solid, gameplay is smooth and fun. We highly recommend the Nintendo Switch for its full-size game console experience combined with its portable design.

The Nintendo Switch is a portable game system with a full size console experience. Extremely versatile, the Switch comes with everything you need right out of the box to play by yourself or with a friend, on the integrated screen or on your HDTV.Nintendo Switch Game System Review: Should you pick one up?