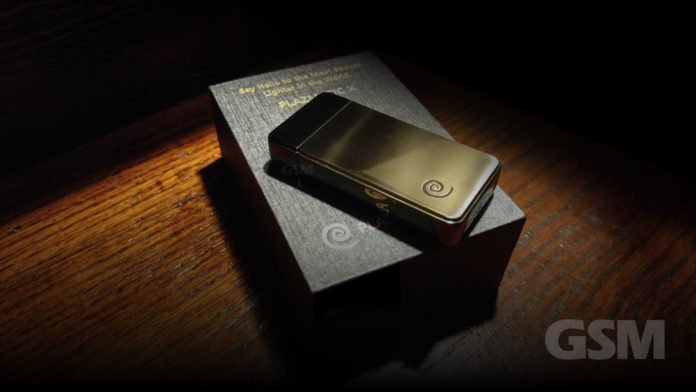 Fully electric, the Black Ops Edition lighter is a plasma lighter that emits dual electric beams that make it easy to ignite things or make a flame. It’s completely flameless and contains no butane or flammable liquid.

Flip it open, push the button and you’ve got instant windproof ability to light something. The Plazmatic X features hot dual exposed heat beams (900 °F) cross-cross over one another creating a cool little visual. When the wind blows the heat beams will hold their x pattern and simply stretch in the wind slightly; similar to a spider web. You’ll also notice a faint odor from the electricity crossing.

You’re able to get 100+ lights per charge depending on the length of time you hold the unit on. An easy to use common microUSB port allows you to quickly and easily plug into any usb wall charger you have laying around. Comes with a microUSB charge cable, no wall charger included.

Charge time is documented at 1-2 hours for the onboard lithium ion battery. Ours takes about an hour or less. When charging the Plazmatic X lighter a blue LED will light up letting you know it’s in a charging state and the light will shut itself off once fully charged.

Although the Plazmatic X lighters are advertised as windproof, you are able to blow the beams out so to speak. Under normal conditions when you get hit by a gust of wind the beams will bend with the wind. If the gust is strong enough it might even blow it out but the beams will turn back on just like trick birthday candles.

If the beams do not come back, release the power button and ignite it again. This situation where the beams can be fully blown out without them re-igniting on their own occurs when the battery charge is low or getting low.

The Black Ops Edition Plazmatic X comes in a beautiful gun metal grey zinc alloy case design that you’ll be angry about if you scratch. The graphic finishes don’t seem to be as resilient as the Black Ops Edition. The high polish case looks great, feels smooth and lighting action is solid. This is a great little camping gadget to have on hand as a firestarter. This is indeed one Badass Lighter, says it right on the box and we’d have to agree! The Black Ops makes for a great Valentines day gift or stocking stuffer for the holidays.