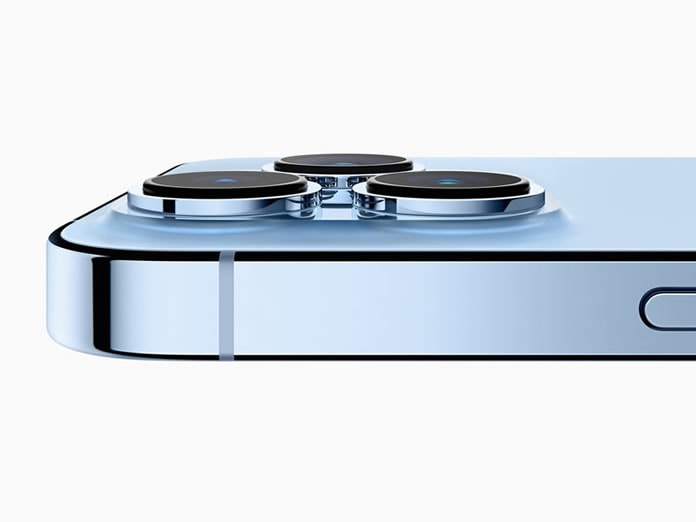 Apple continues to move forward with the current design of the iPhone. We can’t help but feel it falls flat in terms of design since it follows the iPhone 12 which also closely resembles the iPhone 4 & iPhone 5 design. That said, the iPhone 13 Pro Max/Pro look well-made, solid & polished as you might expect an Apple product to be. Let’s take a closer look at the important stuff.

The CPU is A15 Bionic Chip aside from the number increment appears to add an extra core to the GPU up from 4-core of the A14 chip. Otherwise 6-core CPU 2 dedicated to performance and 4 efficiency cores along with a 16-core Neural Engine.

The new iPhone 13’s come with 3x cameras like on the Galaxy ZFold 3 vs the 5x cameras on the Galaxy S21 Ultra. But just like the newest Galaxy devices, the iPhone 13 Pro Max & 13 Pro don’t have a micro-sd card port, no headphone jack so no headphones and certainly no wall plug! That’s even less than the Galaxy which comes with a sim card tool.

Apple’s new iPhone 13 Pro Max & iPhone 13 Pro feature a new CPU, new GPU, improved camera system capable of macro-photography, with a display that aims to wow you with its’ native 120Hz refresh rates and ultra bright contrast ratio and True Tone wide color gamut. If you’re already an iPhone 12 Pro Max user it remains to be seen whether this is an upgrade worth an upgrade. We shall see, stay tuned.