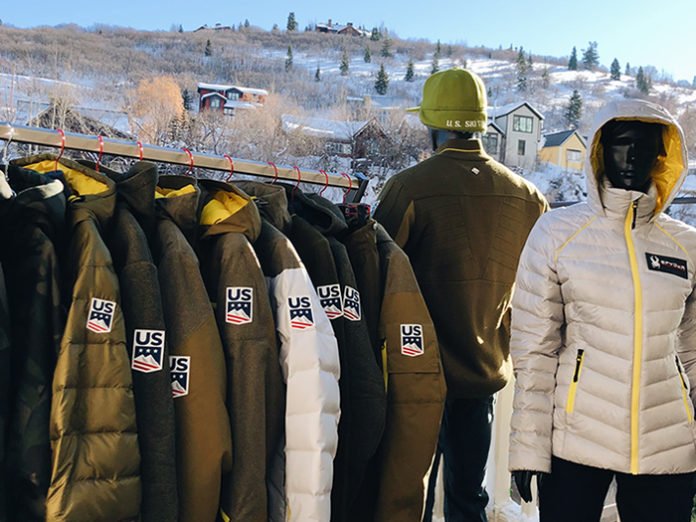 Great Skiing, Film, Music, Food & Beer, Celebs, What could be better? Nothing. It’s been a great year for snow out west and if you love film and a little PowPow check out the Sundance Film Festival 2019 in Park City, Utah. Spyder will be hosting a pop up shop at this years festival showcasing their exclusive Spyder x U.S. Ski Team Collection which includes printable t-shirts, hoodies, outerwear and accessories for Men & Women.

Spyder creates technical ski, lifestyle apparel and performance outerwear for Men, Women & Children that continues to have a major presence and help drive industry trends. The company was founded by David Jacobs who was a coach of the Canadian Ski Team in partnership with Bob Beattie coach of the US Ski Team since 1989.

Spyder will host a pop-up shop during Sundance Film Festival 2019 in Park City, Utah featuring their exclusive Spyder x U.S. Ski Team collection that includes printable t-shirts, hoodies, outerwear and accessories featuring the U.S. Ski Team logo. In addition, select VIP’s at Sundance will experience an opportunity to train like an Olympian at the U.S. Ski and Snowboard Center of Excellence.

Park City Utah is one of the largest and beautiful ski resort towns in the United States to get out and enjoy the cold. Turn & Burn your days away, check out some great new films and filmmakers and grab yourself some cool ass Spyder x U.S. Ski Team collection outerwear and clothing while you’re there.

The industry has been bridging the gap between laptop and tablet for some years now with arguable success. If you own a Surface Pro...
Read more
Gadgets

You’ve seen the TV show Robot Wars and you wish you could bring that fun home. The problem is that those robotic warriors cost...
Read more
Camping

Hunting for Valentines Day gifts can be a daunting prospect for both men and women. It's great to have choices but can be confusing...
Read more

You can find out more about which cookies we are using or switch them off in settings.

This website uses cookies so that we can provide you with the best user experience possible. Cookie information is stored in your browser and performs functions such as recognizing you when you return to our website and helping our team to understand which sections of the website you find most interesting and useful.

Strictly Necessary Cookie should be enabled at all times so that we can save your preferences for cookie settings.

If you disable this cookie, we will not be able to save your preferences. This means that every time you visit this website you will need to enable or disable cookies again.